In spite of ongoing pandemic-related challenges during the last year, the class of 2021 accomplished a wide range of original research projects using Yale University Library’s collections and resources. Six students wrote senior essays that were recognized with one of three annual library prizes. The winning essays have been published on Eli Scholar.

The Harvey M. Applebaum ’59 Award is for an essay using the library’s collections of government documents and information. This year, a first prize of $500, a second prize of $250 and an honorable mention of $150 were awarded. Many of this year’s essays examined policy inequities in topics such as the history of Black women’s reproductive health, the relationship between freedom and resistance for Black people during and after the Civil War, regulatory agency capture, environmental justice and energy subsidies, U.S. consumer culture and regulation of prices, and the 1912 Cuban Race War. 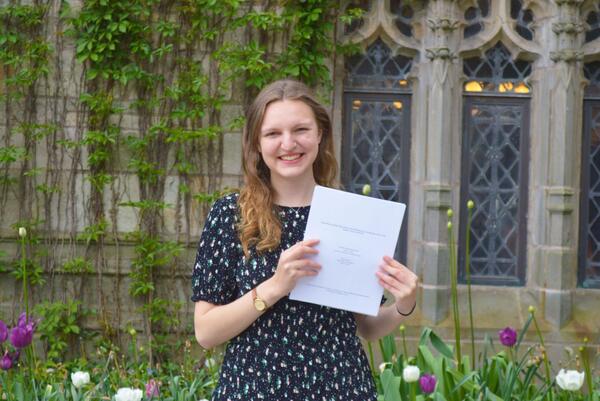 Nathalie J. Bussemaker (right), Morse College, a major in Global Affairs and History, for “Imperialism’s Stepchild: Dura-Europos and the Political Uses of Archaeology in the French Mandate of Syria, 1920-1939.” Professor Jonathan Wyrtzen, associate professor of Sociology, History, and International Affairs was Nathalie’s senior essay adviser. “Nathalie’s senior essay is a strong, fascinating study of the geopolitical uses of archaeology in Syria as it was emerging as an independent country from French colonial administration. She makes particularly creative use of the personal papers of Yale faculty members involved in the Dura-Europos excavation, as well as the Yale presidential records of James Rowland Angell, to analyze and explore the meanings of the archaeological endeavor in the larger context of interwar global politics and imperialism.” Read Nathalie’s essay here. 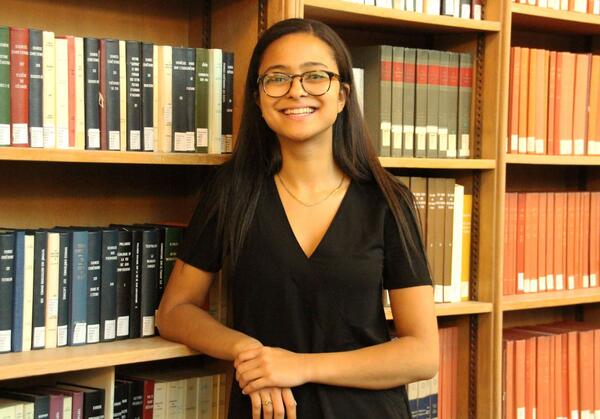 The Library Map Prize recognizes the best use of maps in a senior essay or equivalent project. This year, a first prize of $500 and an honorable mention of $250 was awarded. The Map Prize is chaired by GIS librarian Miriam Olivares. This year’s judges were Brandon Milliate, librarian for South and Southeast Asian studies; Catherine DeRose, manager of the library’s Digital Humanities Lab; Kayleigh Bohemier, librarian for science research support; Kelly Blanchat, librarian for undergraduate teaching and outreach; Lori Bronars, life sciences librarian; and Rachel Sperling, librarian for environmental studies.